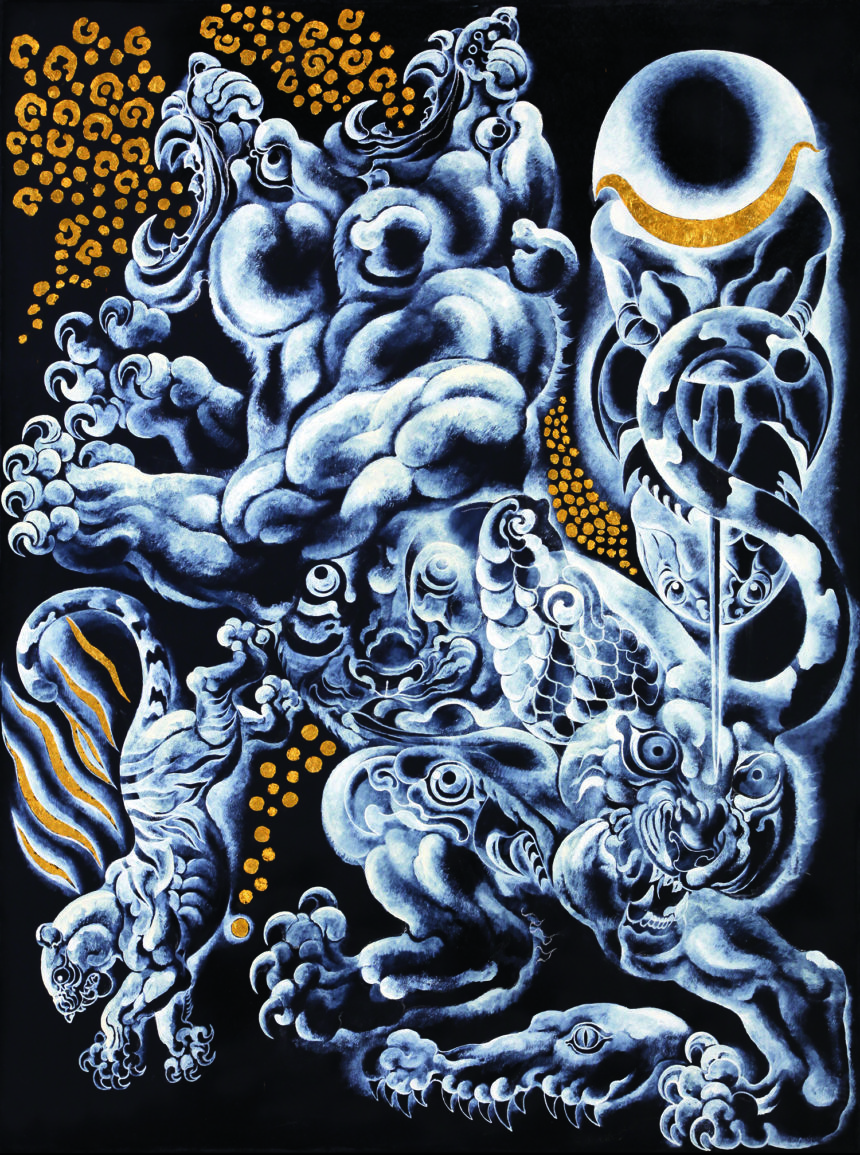 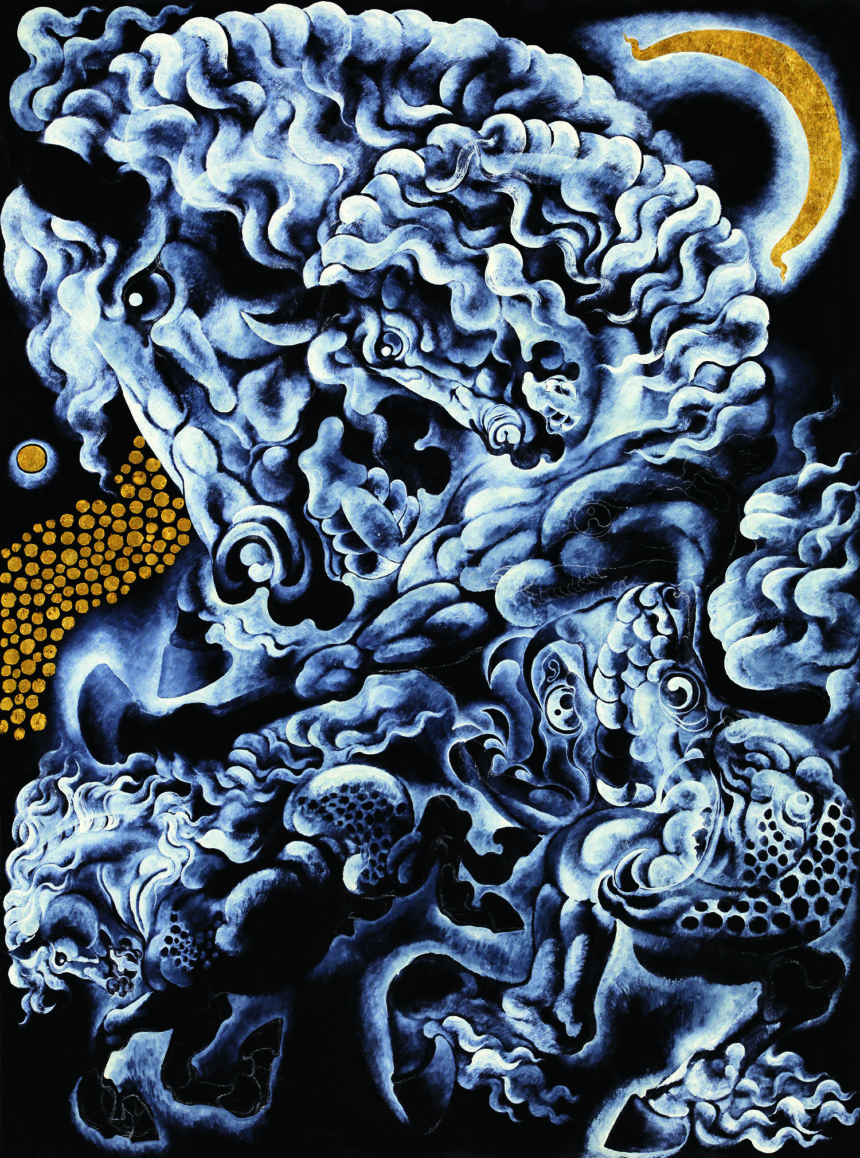 series of Craving for existence and non-existence

“Desirable and undesirable thoughts appear and disappear without end. I explain this through a two-headed horse, bird, and hawk because they struggle. One wants to go, the other one doesn’t want to go. At the splitting point, I replaced the traditional Nokhkab ornamental design (a bird holding something in its mouth) with the head of a rattle snake. It’s an innovation.”